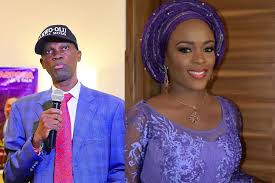 Doyin Ayinde, one of the wives of the chief of staff to Lagos state governor, Mr Tayo Ayinde is dead.

She died early this morning according to the source close to the Lagos state government.

Doyin, who was from the Ojora Royal family of Lagos was said to have returned from the United Kingdom when the sad incident occurred.

Naijanewsdirect gathered that sympathisers across the state have besieged the Ikeja,GRA residence of Mr Ayinde to commiserate with him over the loss.

Although details of her death cannot be ascertained, sources say it may be complications arising after she delivered her baby in London