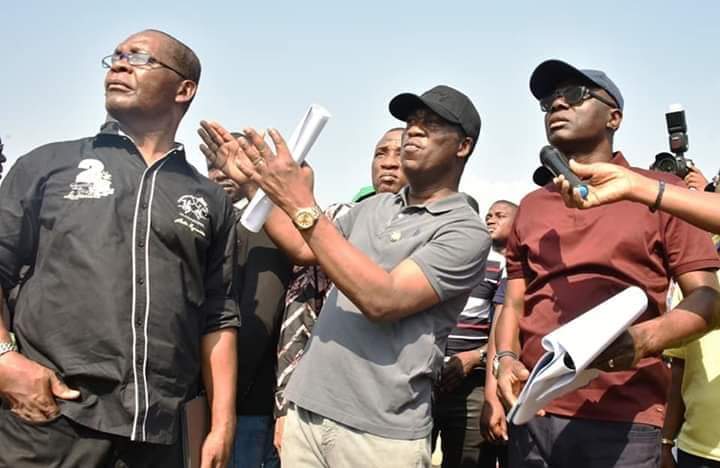 No fewer than 70 houses built on unapproved sites within the Lekki-Ajah axis will be pulled down, Lagos State Governor, Mr. Babajide Sanwo-Olu, pronounced on Saturday. The affected structures, most of which have been completed by their owners, are built on the right of way of tertiary canals and access roads.

Sanwo-Olu led the Deputy Governor, Dr. Obafemi Hamzat, and members of the State Executive Council on an inspection of regional roads and waterfronts in Lekki and Victoria Garden City (VGC), saying that the developers of the properties on the inspected areas recklessly built their structures on unapproved sites and illegally embarked on development that encroached on statutory alignments and setbacks.

The actions, the Governor said, were done in violation of the State’s physical planning law and master plan, stressing that there would be partial and complete demolition of the marked structures to enable the Government reclaim canals’ right of way and also to embark on construction of regional access roads that would relieve pressure on Lekki-Epe Expressway.

He said: “This inspection is very important and strategic in our effort towards infrastructural renewal in Lagos. Regional roads in Lekki are meant to bring a relief, as they are access roads to the Lekki-Epe Expressway. But, the entire 9 kilometres of the regional roads that stretch from somewhere around VGC and to Freedom Road and Orange Island has been completely bastardised.

“This is a major concern to us, because people have built structures around this place without building approval. They built on the right of way of the regional roads that will ease traffic and bring relief on the expressway. We are reclaiming the right of way to ensure that people can commute from one part of the city, especially around this Lekki axis to other parts of Lagos.”

The Governor said the unapproved development was part of the reasons for flood in the axis, noting that the terrain of the entire Lekki-Ajah neighbourhood is situated on a low plain, which makes the area prone to flooding. Sanwo-Olu said developers intentionally disregarded the physical planning law by building structures on canals’ right of way.

He said: “I have instructed the Ministry of Physical Planning to first come and ask for the developers’ planning approvals. The ones that do not have approvals would have their building marked for demolition. But we will engage them first, because we’ll need to ask them what alternative they are going to give us.

“People have complained that Lekki is usually flooded. These are all the developments that have caused the flood. Water does not just come anyhow. Just less than 200 metres from illegally built Brownstone Estate is the lagoon. So when people have built on roads and drainages, what will happen? Let us take them to public courts so that people will see how reckless people can be.”

Sanwo-Olu said Government would not sit back and allow developers take undue advantage of the State’s urban planning laws. He said his administration would not relent in doing all required to protect the sanctity of the environment.

Some of the areas visited by the Governor and his team included a Regional Road in behind the Chevron Drive, where a church and several residential buildings encroached on statutory alignment to the tune of 90 metres.

Also, the Governor visited Brownstone Estate Ridge Terrace in Agungi area of Lekki, where unapproved residential buildings covered the entire stretch of an access road to the Lekki-Epe Expressway. 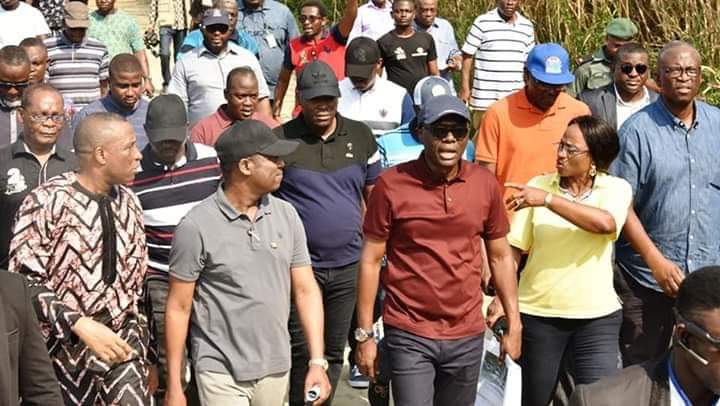