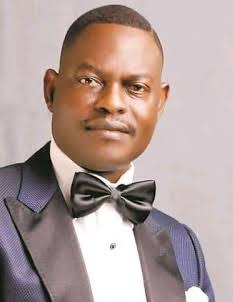 The leader of INRI Evangelical spiritual church, Primate Elijah Ayodele has revealed one of the strong supporters of his ministry right from time.

The man of God, who is known for saying the truth always without mincing words revealed that the Popular CEO of Sifax groups, Taiwo Afolabi has been the one.

Primate Ayodele explained that He is always left in shock at the way He supports God’s work despite the fact that he also own a church.

Also, He made it known that Taiwo Afolabi was a major helper in the building of his 18,000 capacity church in Lagos.

During one of Primate’s humanitarian programme, the billionaire businessman was quoted saying He loves the Prophecy style of Primate Ayodele and his Humanitarian activities.

Furthermore, Primate Ayodele prayed that God should keep on blessing him, and expand his business