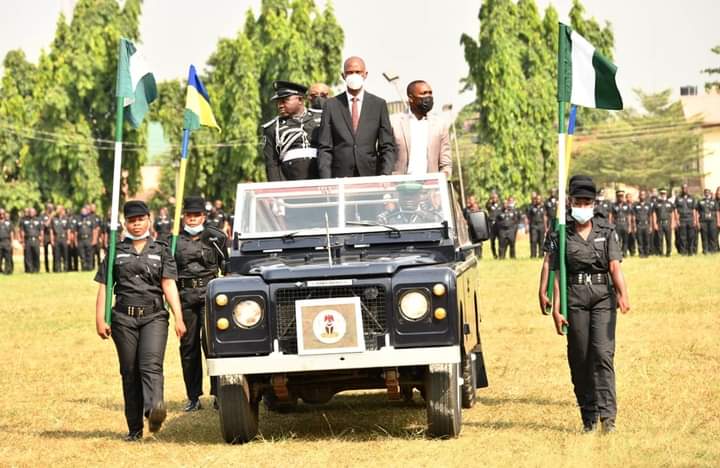 Community Policing is an initiative of the Inspector-General of Police, IGP Muhammed Adamu, to complement the efforts of the Nigeria Police to effectively combat crime and criminal activities. 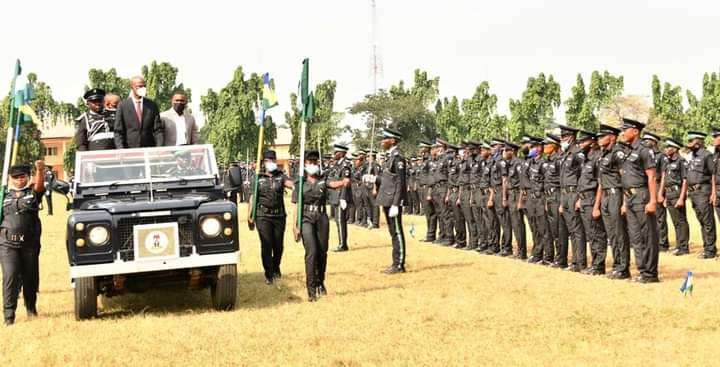 Governor Sanwo-Olu, who was represented by his Chief of Staff, Mr. Tayo Ayinde, assured the Special Police Constabularies that his administration will provide everything they will require to carry out their assignment most efficiently and effectively.

He said the passing out parade of 1,250 Special Constabulary officers who have undergone series of trainings specially designed to equip them with the skills required for the job is an indication of the commitment of Lagos State Government to community policing initiative.

He said: “The issue of security and safety of lives and property have been a major source of concern, which requires deliberate and urgent attention by the government, and the cooperation of all citizens. In an attempt to address this challenge, there was a national consensus on the need to embrace community policing which has been identified as a potent strategy that will complement the efforts of the Nigeria Police to effectiveiy combat crime and criminal activities.

“I want to appeal to all Lagosians especially community leaders and associations to support this initiative by cooperating with these officers. They are no strangers but people that are known to you within your community. Let us therefore embrace this initiative to improve security and safety of lives and property within our various communities.”

Governor Sanwo-Olu also implored the Special Police Constabulary to operate within the operational guidelines that had been given to them.

He said: “You must understand that you have been recruited to perform a very important job which is about improving on the existing security architecture and making it more effective.

“Your major responsibility is to support the operations of the State Police Command through the provision of credible and timely intelligence on activities within the community which might result in perpetration of crime and threat to safety of lives and property.

“In carrying out your responsibility, it is very important that you operate within the operational guidelines that have been given to you. In recognition of the importance attached to the duty you have been recruited to perform.

“I want to assure you that the State government will accord your welfare priority attention. We will also provide everything that you will require to carry out your assignment most efficiently and effectively.”

Speaking earlier, the Inspector General of Police (IGP), Muhammed Adamu who was represented by Assistant Inspector General (AIG), Olasupo Ajani, warned the Special Constabulary officers not to see themselves as conventional police officers.

He said: “You are expected to be a link and to build a good relationship between police and the general public. As you might have known, you as Community Policing officers are very strong stakeholders in maintaining law and order and the protection of lives and property.

“You should always remember the local knowledge you were taught and make use of it wherever you may find yourselves.

“Lastly, you are warned not to wear any other police uniform except the black uniform issued to you. Do not wear blue or the camouflage uniform of the conventional police officers”