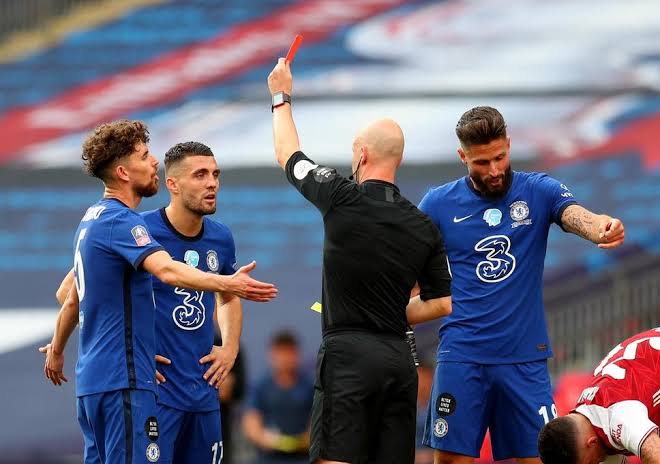 The 2020 FA Cup final was quite the spectacle for a number of reasons, not least because of the lack of spectators at the end of season showpiece.

That decision and quite a lot else didn’t sit well with Keith Hackett, himself an FA Cup final referee in 1981 as well as the previous head of the refereeing body, PGMOL.

“I expressed my disappointment that The FA had broke with modern tradition to appoint a referee for a second FA Cup Final,” he told CaughtOffside exclusively at the end of the final.

“The dismissal of the Chelsea player was wrong. The challenge on the Arsenal player was not a reckless challenge and I believe that it was not a foul.”

“The wrong dismissal sadly impacted on the game and made Chelsea’s task difficult.”

“Mason Mount also received a yellow that was incorrect, and no one wants the game to hinge on a poor referee decision.”

“Anthony Taylor needs to improve the quality of his decision making.”

As competent as Taylor can be it was always going to be a big decision handing him a second final, and after his showing, the debate will now rage as to why any of his refereeing colleagues were not given the game instead.

Oddly enough, Taylor’s previous final was also an Arsenal v Chelsea affair in 2017, a match which ended 2-1 to the Gunners and had a Chelsea player sent off. Lightning very definitely striking twice.