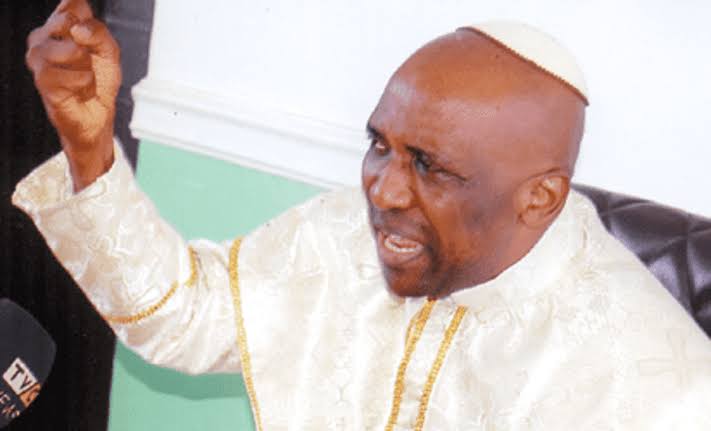 The leader of INRI Evangelical spiritual church, Primate Ayodele has reacted to the inclusion of religious churches under the Companies and Allied Matters Acts (CAMA) bill signed into law by President Muhammadu Buhari few days back.

Under the law, It was stated that ‘The commission may by order, suspend the trustees of an association or a religious body and appoint an interim manager or managers to coordinate its affairs where it reasonably believes that there has been any misconduct or mismanagement, or where the affairs of the association are being run fraudulently or where it is necessary or desirable for the purpose of public interest’’

Primate Ayodele while reacting to this explained that the government is trying to meddle into spiritual affairs which Is totally unacceptable. He described the act as a means of fighting the church by the government.

He made it known that in his own case, it’s highly prohibited that the government appoints a trustee for the church which He has made sacrifices for, a church he started, he built with resources that was never gotten from the government.

There was also a part of the law that states that the commission has the power to shut down the account of Non-governmental organizations  without a court order, Primate Ayodele noted that He may not even patronize banks anymore because he sees no reason the government should meddle into whatever goes on in spiritual institutions

He blasted the leader of the Christian association of Nigeria (CAN), church leaders who have kept quiet probably because they get stipend from the government.

‘This is why I said they should scrap CAN, this government is testing God and I think it is high time God reacts, they are doing political affairs and haven’t gotten solution, not to talk of spiritual affairs. I don’t think  Buhari signed it, I believe he is a man of God, if he was the one that signed it, they need to reverse it.

Some church leaders, especially CAN President, Supo Ayokunle have not said anything, is it because of the stipend they get from the government? The government is calling for spiritual protest if something isn’t done about this

They are just wasting their time, why must they say that, who are those who advised the President? If God fights now, they will start crying, it is nonsensical’

Hon. Kasunmu Thanks All Delegates and Stakeholders – Naijanewsdirect

APC Replies PDP, “Printing of N60b Not An Issue” – Naijanewsdirect