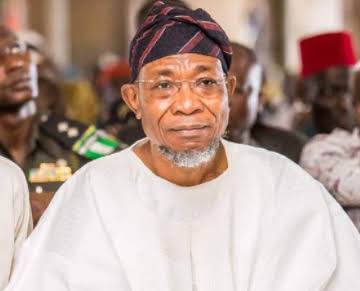 The recently concluded recruitment into the Nigeria Security and Civil Defence Corps, NSCDC, has been declared one of the fairest and most transparent in recent time, despite the huge number of applicants who applied for the few positions available.

This was declared by the Minister of Interior, Ogbeni Rauf Aregbesola, at the Policy Dialogue on Entrenching Transparency in Public Service Recruitment in Nigeria, organised by the Anti-Corruption Academy of Nigeria, an institution of the Independent Corrupt Practices and Other Relates Offences Commission (ICPC) in Abuja on Tuesday.

“For the NSCDC, about 1.5 million applications were registered on the website. Those who met the requirements on age and height were about 750,000 and were asked to upload their certificates. A total of 217,000 applicants uploaded their certificates of which 113,000 were shortlisted to write the CBT but only 53,116 eventually sat for the test. It is from these that 5,000 were picked among the successful ones.

“In recruiting into the Nigeria Security and Civil Defence Corps (NSCDC), the board decided to advertise in the media to bring the information to the awareness of as many people as possible.

This rules out secret recruitment. We also put away the manual mode of conducting tests and adopted computer based tests that can be done in any location, eliminating the need to have a mass crowd together in one place. We hired a reputable examination body, the Joint Admission and Matriculation Board (JAMB) for the aptitude test.

“In addition, we included the National Identity Number (NIN) to authenticate the identities and biodata of applicants and eliminate fraud and possible impersonation.

We also engaged the Federal Character Commission at all stages of the recruitment exercise. All these were done through a dedicated website,” the minister revealed.

The Minister who revealed the process was long and tortuous, however stated that the recruitment exercise was a novelty that came with a lot of pressure, yet we’re able to recruit the best into the service.

“The recruitment process into the NSCDC was long and tortuous, though It is also a novelty. So we expected a lot of pressure. Some of the pressures are understandable. A woman came with her son after getting very high up people to influence his appointment. But we discovered that the son was far, far below the required height of 1.7 metres. Some applicants on wheelchairs also came, demanding for the statutory five per cent allocation for special people. We politely explained to them that the job is paramilitary, requiring strenuous physical exercise for which they are not eligible, given their physical condition.

“One of the lessons we learnt, which we have always known anyway, is that there is no part of this country where we cannot get merit, if we want the best. We got people from all parts of the country who are qualified, including females, as certified by the Federal Character Commission that was part of the process from the beginning to the end,” the Minister noted.
Speaking during his address, the Chairman of the ICPC, Prof. Bolaji Owasanoye, noted that the event was the third in the series and germane in the fight against corruption.

“You will agree with me that the theme for today, Entrenching Transparency in Public Service Recruitment, is very germane in the fight against corruption and more importantly, they contribute towards the attainment of the National Anti-Corruption Strategy (NACS) one of whose objectives is promoting an improved legal, policy, and regulatory environment for the fight against corruption.

“Indiscriminate recruitment has impacted personnel budget such that government personnel wage bill has continued to rise geometrically almost doubling between 2015 and 2022 from N1.832trn in 2015 to N3.494trn in 2022,” the ICPC chairman noted.
In her keynote address, the Head of Service of the Federation, Dr. Folashade Esan, campaigned for more transparency in the recruitment process of all government agencies.

“Transparency in recruitment is a matter that elicits interests because some people for some incorrect reasons think public sector jobs are somehow better than jobs in other sectors. In fact, according to a 2021 Q3 report, Agriculture, Trade and Manufacturing stands as the highest employers of labour in Nigeria.

She continued, “In March 2021, my office reported to the ICPC that in a particular Ministry, over 1,000 people were carrying fake employment letters and are already enrolled on the IPPIS platform and are drawing salaries from the Federal Government.

She however listed the measures being put in place to ensure transparency in recruitment and also delist those found wanting or parading fake employment letters.

“Just yesterday, the Civil Service Commission sent us a list of 500 people parading fake employment letters and recommended that their salaries be stopped. A list of another 3,000 was forwarded for their salaries to be stopped until their certificates and letter of appointments are verified,” the Head of service stated.

Other dignitaries at the event include, Provost of the Anti-Corruption Academy of Nigeria, Prof. Tunde Babawale; Chairman of the Federal Civil Service Commission, Dr. Bello Tukur Ingawa; Director (IPPIS), Office of the Accountant General of the Federation, Dr. Ben Nsikak, Executive Director, Socio-Economic Rights and Accountability Project (SERAP), Mr. Adetokunbo Mumini amongst others.